Not a Trivia Today Member? Register

On June 11, 1982, Steven Spielberg’s classic film, E.T. the Extra-Terrestrial was released in theaters across America. On the 35th anniversary of the release, test your knowledge with these trivia questions...

Was E.T. Always Going to be a Family Movie? 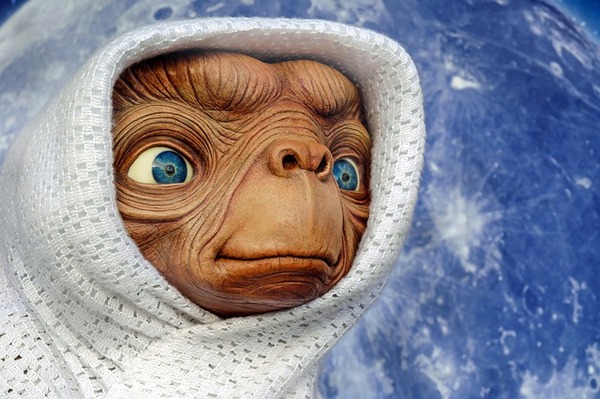 Ugly and cute at the same time. No, in fact, Spielberg originally began writing the film as a horror story about an alien who terrorized a family in their home. Titled Night Skies, the script was intended to be a follow-up to Spielberg’s blockbuster, Close Encounters of the Third Kind.

Obviously, that never happened, but instead we got two classic Spielberg productions from the origins of the one Night Skies script. Spielberg combined the alien piece with his own childhood to create E.T. and used the horror elements to flesh out a script for what would later become Poltergeist.

What Candy Does Elliott Use to Lure E.T. into the House? Reese’s Pieces of course. But it wasn’t always going to be that way. The script originally called for ET to be tempted by M&M’s. When approached for the right to use them in the film, Mars Incorporated declined to be involved in the project. So, Universal Pictures approached the Hershey Company, who agreed to spend $1 million for the rights to promote their newest creation, Reese’s Pieces.  The agreement ultimately paid off for Hershey, as the company reported a 65 percent increase in profits on Reese's Pieces just two weeks after the film premiere.

How Did Henry Thomas Land the Role of Elliott? Casting kids is no easy task, so when Spielberg got a recommendation for a young man named Henry Thomas from friend and fellow director, Jack Fisk, he brought him in. But, instead of a traditional audition with a scripted scene, Spielberg decided to try something new to test whether the boy could really hold his own in the leading role.  With only some basic information about the scene (NASA had come to take E.T. away from Elliott), Henry improvised the entire scene, even going so far as to burst into tears. The audition was so outstanding, that when the scene wrapped, Spielberg immediately pronounced, “OK kid, you got the job.” You can watch the audition in its entirety here.

What Influenced the Look of E.T.? 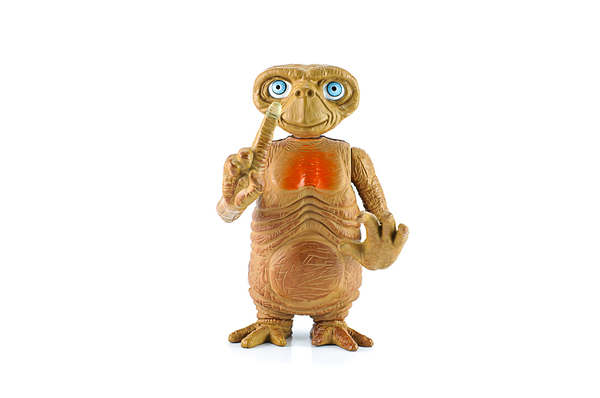 Carlo Rimbaldi is responsible for the designing the look of E.T. He took inspiration from one of his own paintings, titled “Women of Delta,” which depicted a small, worn down character with a long neck and large face. Rimbaldi took that form and meshed it with images of Albert Einstein, Ernest Hemingway, Carl Sandburg and a pug to create the model of E.T. in clay. Spielberg loved it and immediately signed off on it.

What actor appeared in one scene, but was cut from the final film? Harrison Ford was then dating (and later married to) E.T. screenwriter Melissa Mathison, and agreed to shoot a cameo for her and his friend Steven Spielberg.  The filmmaker cast his Raiders of the Lost Ark star as the principal of Elliott’s school. Ford reprimands the youngster after the scene where Elliott frees all of the frogs about to be dissected. The scene didn't add much to the movie, and Ford's presence seemed to be more of a distraction than anything else.  The scene was ultimately cut for time.

5 Things You Didn't Know About The Medal of Honor

5 Things You Didn't Probably Didn't Know About The Marines

5 Things You Didn't Know About P.T. Barnum
Privacy   Do Not Sell My Info